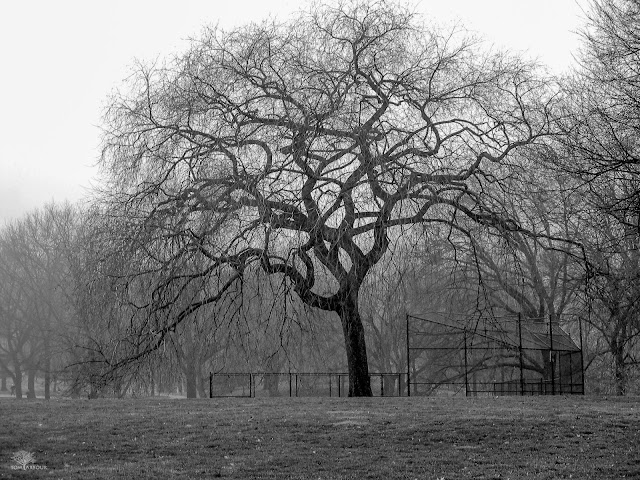 On our walk through Central Park in January 2007, I distinctly remember Megan looking at this tree and saying something like "now I could draw that!"  I called her on it, yet I still haven't seen anything.  I tried to replicate the success of this photograph back in 2010, but my black and white version is way better.  The contrast between the natural, seemingly random craziness of the tree branches contrasting with the rigid angles of the baseball backstop makes this photograph for me. 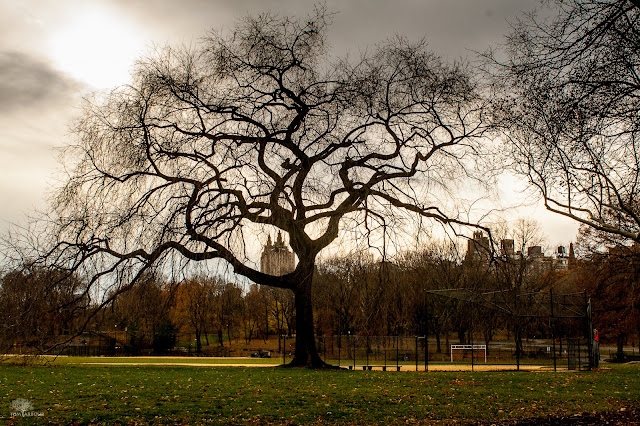