A Look Back to the 2010 Macy's Thanksgiving Day Parade 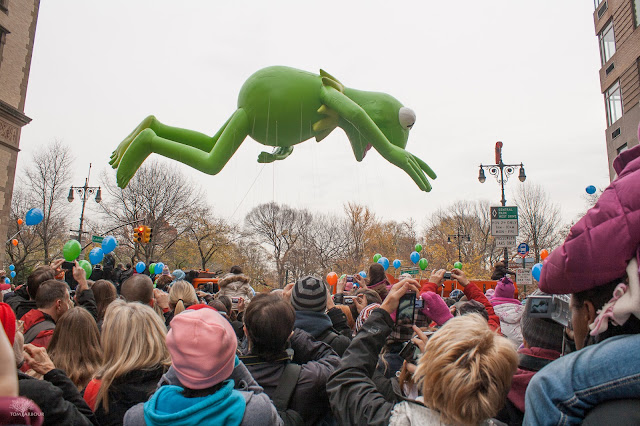 In 2010, Megan, Weston, myself and an in utero Brody travelled to Manhattan for the Macy's Thanksgiving parade.  We thought Weston would love it.  Instead, he was scared to death of the giant balloons as they floated by.  We were so far from the street that we couldn't see anything but the balloons.  And Weston couldn't see that said balloons were controlled by people.  I think he thought they were giant monsters.  Poor little dude! 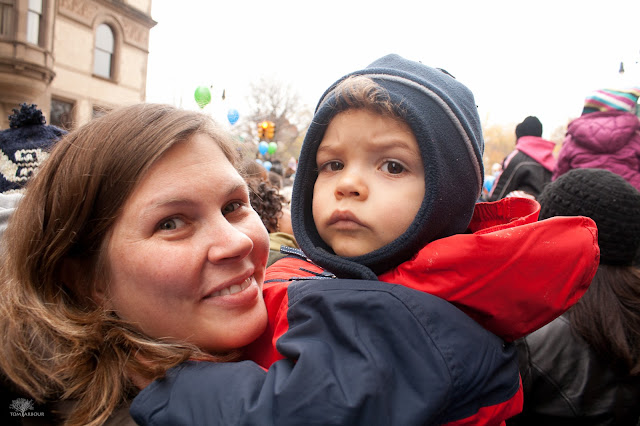 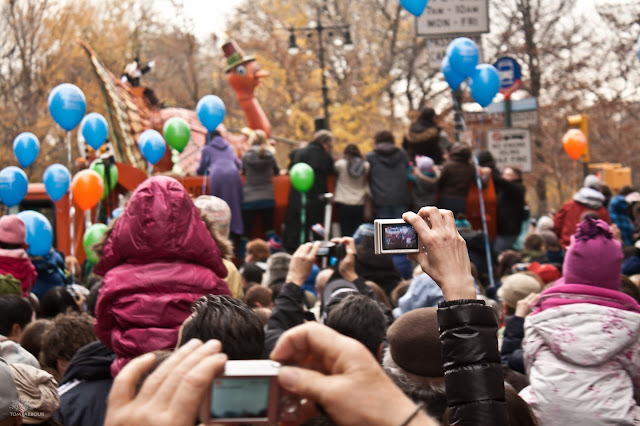 Back in 2010, photography was still done using the small point and shoot cameras that had become ubiquitous by that time.  But as you can see below, cell phones were starting to creep in.  Who  they would have thought that they would completely replace dedicated cameras just five years later? 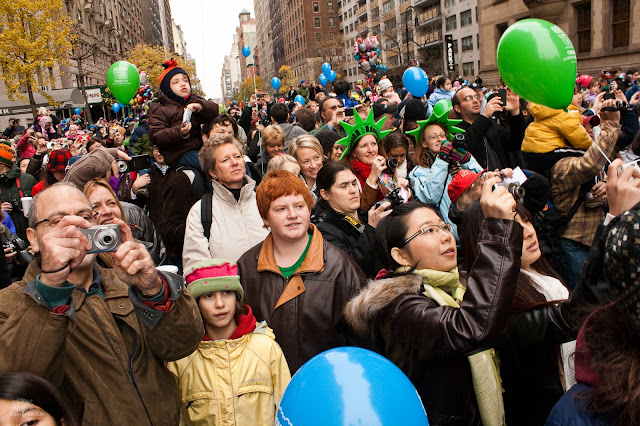 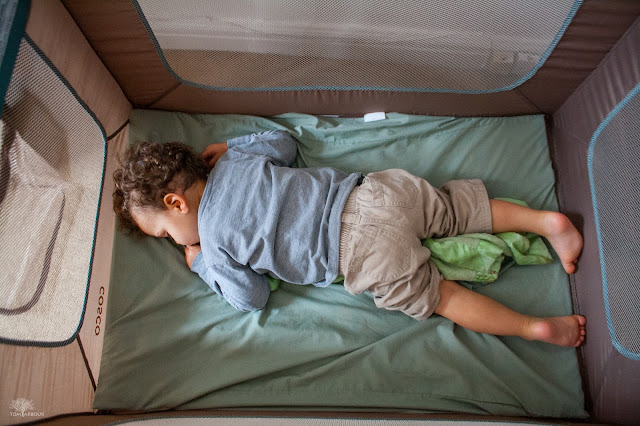 By the end of the day, boy was our little one-and-a-half-year-old tuckered out!